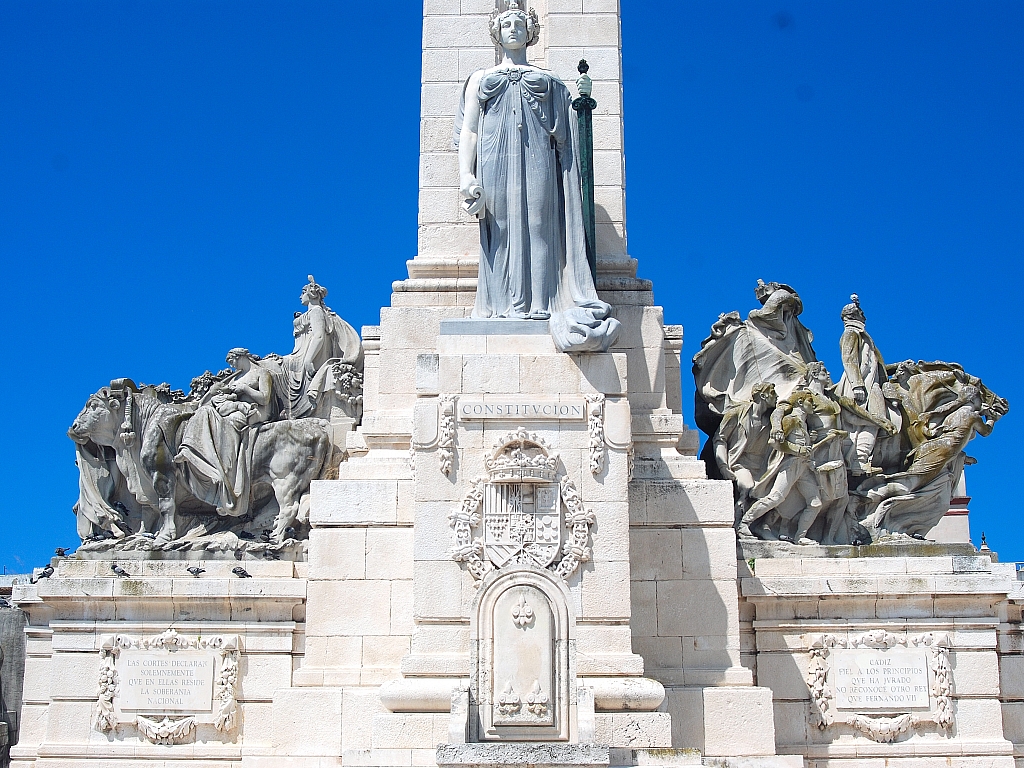 Travel back to 1812, discover the spirit of Cádiz and the liberties encased in a Constitution that would prove to be decisive for European and Latin America.

We´ll walk all the historical board: San Carlos ramparts, Alameda Apodaca...
We´ll start at "Plaza de España" where we can see the old Regency Palace and the nowadays Provincial Council, also in this square we´ll find the tribute work to La Pepa, to commemorate its first 100 years.

We´ll learn what watch towers are, the structure of the merchant´s house of XVII century and how they had that big success. We´ll visit House of the 5 towers and House of 4 Towers until we get into the S. Carlos ramparts.

Church of El Carmen, the only colonial style church and we'll walk along tipycal squares such as "El Mentidero" and "San Antonio", where we can see landmarks such as the three most characteristc watching towers in Cádiz. The Peman House, "the Old Aramburu Bank, the old "Café Apolo" in which took place cultural gatherings in 1800 or Cádiz Casino.