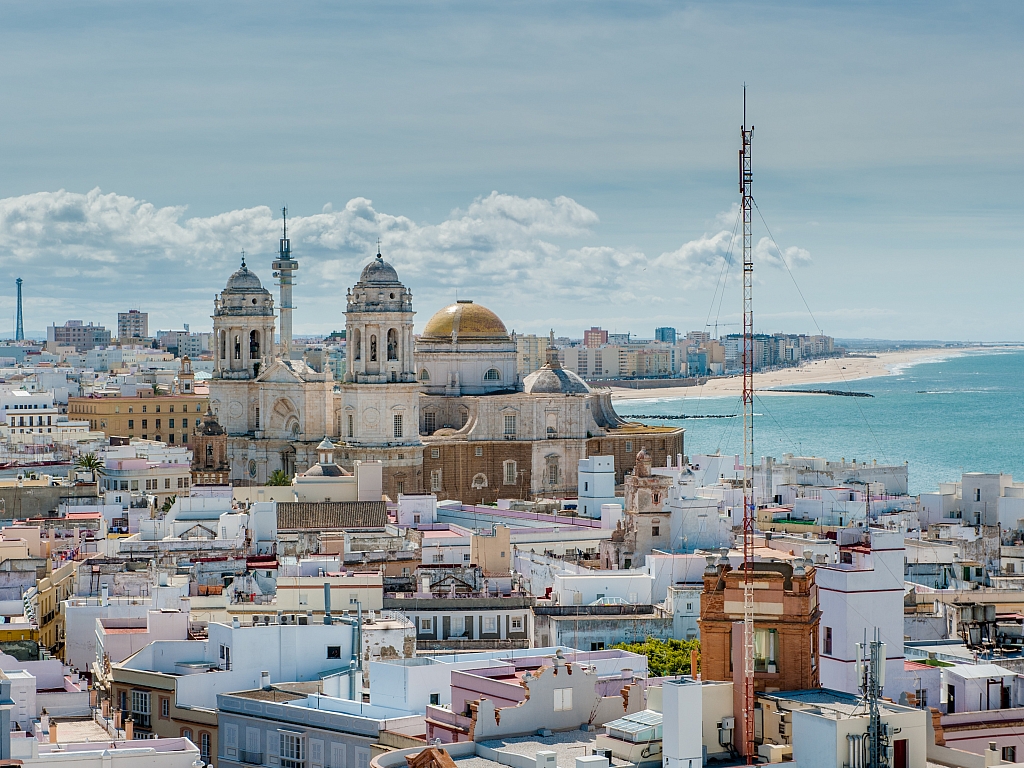 This tour will amaze who has never been in Cadiz but also the ones who know a few of its history.

We will discover the foundation by the Phoenicians of Gadir, later the Roman Gades visiting its theatre (the 2nd largest and oldest theatre of the Empire),
We will continue through the Medieval Cadiz and all the vestiges left by the Arabs: medieval quarter, the three arches, an old mosque now converted into the Church of Santa Cruz and known as the Old Cathedral.

The discovery of America and what it meant for the city, converted into a gateway between Europe and the rest of the world. Find out the secrets of the Cathedral of Cádiz, and some of its most important squares such as San Antonio, the Plaza de las Flores or the Plaza del Mercado de Abastos.

Finally and after threshing the structure of the great houses palaces such as The Palace of Los Mora or the House of Aramburu and enjoy its original balconies and styles we will end the visit that will last about 2-3 hours, with a wine tasting of the Marco de Jerez and appetizer in a traditional restaurant of Cadiz gastronomy.